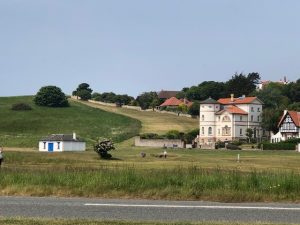 The Scottish Open (known as the Aberdeen Standard Investment Scottish Open) is a golf tournament on the European Tour.  Since 1987 it has been played the week before the Open Championship and has been the last chance to qualify for the championship. It has been part of the Open Qualifying Series since that series started in 2014. The leading 3 or 4 players, not already qualified, have received an entry to the Open. Before 2014 there was generally an exemption category so that the leading player or players, not already qualified, could play in the Open.

This July, 2018 the Scottish Open comes to Gullane, East Lothian and we will see if Rickie Fowler from the USA will win again in Gullane as he did in 2015.

Following the event why not create your own Open Golf Tour and stay 3 nights in Gullane then 3 nights near St Andrews.  Both exclusive use properties catering for golfing group of 8.  For more information on this package and mo  re contact sjr@susanreid.co.uk